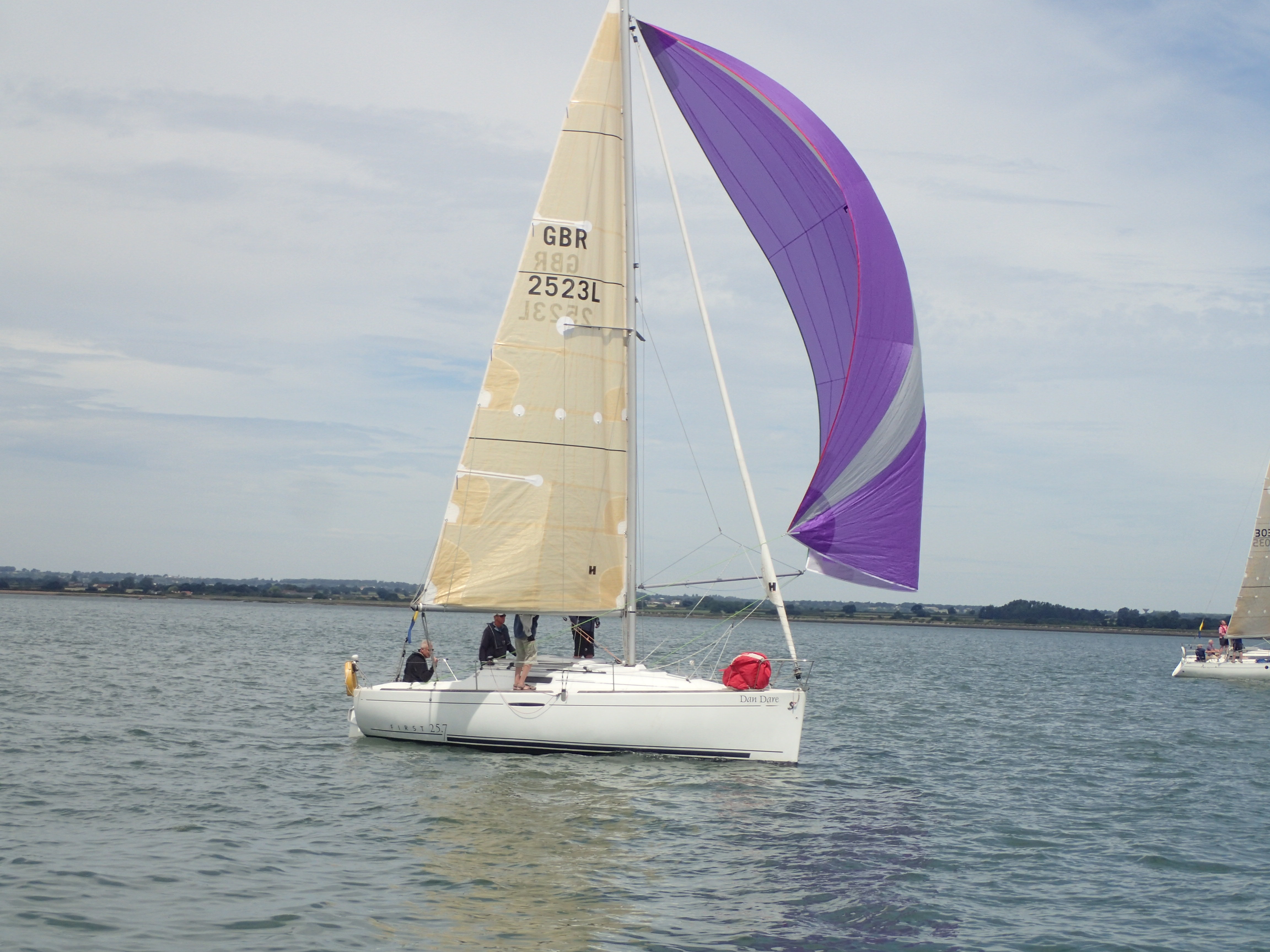 17 starters faced the prospect of 32 degrees of heat and super light winds as they came to the Osea line for the MLSC Paget Cup; the sixth race in the BJRC series and an opportunity to start discarding poor performances

Sadly Ken Rolland on Carolanti had engine problems and battled to make the start line, but were 20 minutes late so headed back to their mooring

A very light western was forecast so race officer Trevor Holder got the fleet out to the Bench Head as fast as possible via No1, followed by loops to The Knoll and North Eagle.

With Geronimo and Monkey Business kedging on the line, all boats got a clean start and spinnakers were soon up

Very light winds saw all boats drifting in a tight group past Thirslet. Crazy Suzy unable to take advantage of her size and crews desperately searching for pockets of wind and the best tidal flow.

After an hour of drifting down past the Ross Revenge, the wind suddenly became easterly and built quickly into a significant breeze. The first group of Geronimo, Monkey Business, Barcarol, and Behave pulled away strongly while the the rest of the fleet impatiently waited for their turn in the breeze!

A beat out to Bench Head and a fetch to The Knoll in a 15kt breeze, despite there still being little wind in the Blackwater.

Rounding The Knoll and spinnakers flying, saw 4 distinct groups emerging. Behave having its best performance of the season in the leading group.  Dan Dare also having an outstanding race and battling it out with Easi Rider and Blue Moon in group 2.

McGregor III led group 3 over Triton and Moon Shadow, with Crazy Suzy getting into her stride

The tail enders saw Rocket trying hard to pull out a lead on Poohstick and Evolution, but found Sophie hard to shake off with some wise tacking legs.

Rocket lost time when the spinnaker halyard went up the mast (without the spinnaker!) but some improvisation with the topping lift meant she still managed to battle on.

A fetch out to North Eagle and spinnaker back to BH saw little change in positions.

With spinnakers up on the way home via No 1 and No 12, there was a sudden drop in wind strength with most competitors wondering what the outcome would be.  In the end, it was a 180 degree shift to a Westerly,15kts of breeze, and hard on the wind to the Osea finish

Another great day’s sailing on the Blackwater!

In the BJRC series both Dan Dare, Barcarol, Behave and Blue Moon had their best performances of the season.

In the IRC class, Monkey Business pipped Blue Moon by only 5 seconds to take line honours